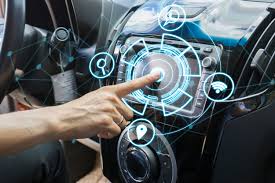 We’re nearly 2 decades into the 21st century and the rise of the high tech smart toilet is inevitable. We’re not talking about syncing up your toilet to your iPhone, giving it microwave or having literal bells and whistles attached. But who wouldn’t enjoy the feel of a heated seat or another remote-controlled device in their home? It should become common knowledge now that high tech toilets are healthy toilets and the switch should be natural!

Not everything that’s high tech is dually healthy for you, but bidets are definitely the exception.

Who would’ve thought that the modern miracle of butt hygiene would be a stream of water? Well, most countries in Asia and Europe already have as bidet use in those nations is highest in the world. Asian nations, in particular, are pushing the envelope and stuffing their luxury bidets with all kinds of tech. Companies from Japan and Korea produce bidets with the best features in the world.

Personal hygiene tops the list for why anyone would want a bidet. You’re not going to find any science or research that denies this fact. Wiping leaves behind residues and these pockets of poop and other undesirables can be breeding grounds for bacteria. These microbes can cause all sorts of illnesses, especially if one is not washing their hands with SOAP AND WATER after! Why would you even want to put your hands down in the danger zone, to begin with?

We have the tech to make butt cleaning better, but it’s all just gadget candy. It’s time to satisfy your sweet tooth.

Want hands free capabilities for your butt cleansing needs? No issue, many luxury bidets have a remote control. Want to take wiping 100% out of the equation? These high tech toilets can come included with heated air dryers. Is it a bit nippy in your bathroom in colder months? No issue, many electronic bidets have heated seats, and they are nice.

Can’t stand it when the lid or seat is left up? Some bidets have hydraulic lids that can automatically open and close the seat for you. Worried about being blasted off the seat with a powerful bidet spray? Most of the high tech toilets come standard with an array of different nozzle sprays and patterns as well as temperature and pressure controls.

Wish to hide your odor from sensitive nostrils who can’t handle your stank? These smart toilets can even come equipped with carbon deodorizers that’ll mask your shame. Need to run to the potty in the dead of night? How’s about a sweet night light built into your toilet so you don’t miss your mark? You may not need an almighty bidet with all the best features. If bells and whistles aren’t your things, take the simpler route.

You can get the bidet in your home for under $50 from many vendors.

If you’re one to say that all this sh*t is just in your head, you’d actually be right. Some scientists suggest that toilet paper is used more of a psychological comfort despite being an inferior method of keeping your butt healthy. Toilet paper creates a sort of physical barrier between us (our hands) and our waste. Don’t think so? There are several groups of very smart people who do…

We’re far from the realm of having toilets teleport our waste into another dimension, but don’t let tech frighten you! The only smart toilets out there are bidets and they are the best way to keep your backside healthy.

Toilet paper might’ve been one small step for man but bidet use will be the giant leap for all mankind.

Hit us up on social media for amazing offers and poop jokes!